Vodafone Xtra benefits explained: are the plans any good?

We look at Vodafone's new Xtra benefit plans, how they work, what you get and whether they're worth paying extra for. Here's our verdict. Last updated: 2nd February 2022.

Xtra Plans in a nutshell 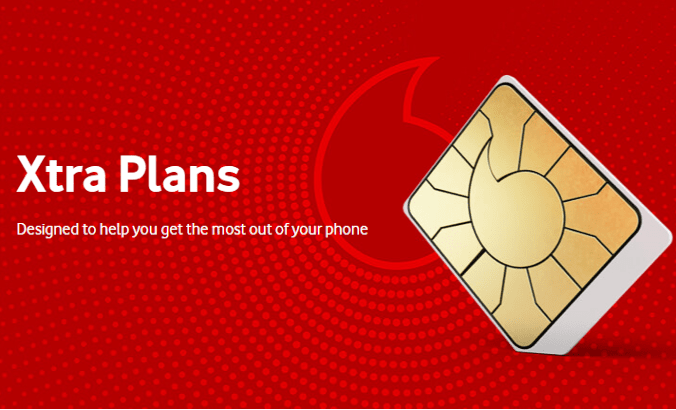 ✔ Available on SIM only and phone contractsRead Vodafone's guide

Whether you’re thinking of taking a phone contract or SIM only deal on Vodafone, you get the option of taking out what they call one of their “Xtras” plans that are pricier than their usual range.

Compare an Xtra plan to its non-Xtra equivalent and you’ll notice it’s more expensive for the same mins, texts and data but does include between two or three additional benefits you don't get with standard plans.

Here are the current SIM only deals:

Our guide below takes you through all of the benefits you can choose from when you take one of these plans, the different sorts of Xtras plans and whether we not we think they’re worth taking.

What do you get with Vodafone's Xtra Plans?

Device Care on all plans: here's what that means 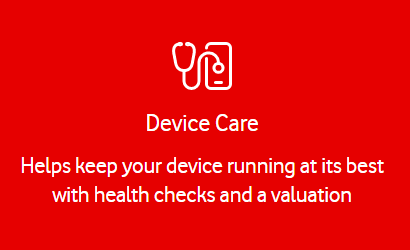 ✔ In-store check up of your phoneFind a store

The first extra you can choose from on any of their Xtras plans is Device Care. Vodafone don’t explain it very well on the website, but essentially it’s an in-person check up for your device (find more details here).

It involves going to one of Vodafone's physical retail stores (find your nearest here) with your phone and having a staff member give it the once over for a few things:

They’ll look for and deal with any battery, storage and software issues you’re having to get your phone working the best it possibly can. They’ll also estimate the value of your phone, possibly to get you to sell it to them.

You even get the benefit if you're taking just a SIM with Vodafone. We think it's alright, if you're not that tech savvy yourself and prefer help from real people. But we can also see a lot of people never bothering to use it. 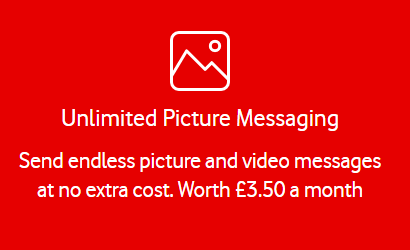 Another benefit you get is free unlimited picture messaging (MMS) which is usually charged for. Vodafone usually charge you per MMS or at £3.50 a month as an add-on.

If you've never heard of picture messaging or MMS, it's essentially what pre-dated apps like WhatsApp, which use your data connection. MMS uses similar mobile technology to conventional SMS texts to send images.

We’d confidently say that the majority of people will hardly ever send more than one MMS each month. However, some networks will count a text that goes over a character limit as an MMS and certain emojis also count.

So again, we'd question how many people will actually benefit from this service. But if you're someone that does use them and regularly gets stung, then you probably will appreciate it. 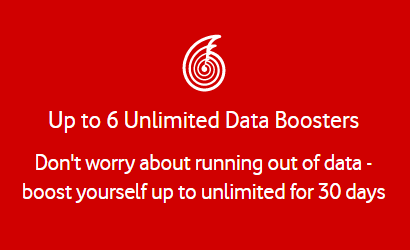 ✔ A short-term unlimited data allowanceHow you use it

We think this is the most useful benefit for most people that you can get on any of their Xtras plans that isn’t already an unlimited data plan. Here’s what it’s all about:

If you ever find you've run out of data mid-month, you can get a temporary allowance of unlimited data to keep you going. It lasts for 30 days and you can get one up to 6 times by texting Vodafone using the details here.

Here are the capped Xtra plans that let you boost your data to unlimited if you run out:

It can be infuriating to be charged for going over your limit (here are the best and worst networks for extra charges) so this can be helpful if you find yourself often running out of data.

And the fact it's then an unlimited data allowance means you don't just avoid charges but you can really go for it and watch as many videos or do as many downloads as you like, while the Booster applies. 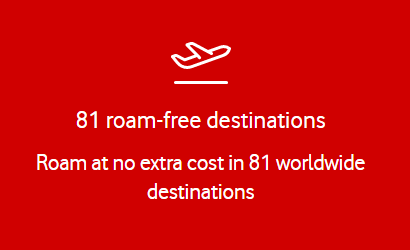 Vodafone used to be one of our favourite networks for inclusive worldwide roaming and it used to come on their Unlimited Max plan. They call it Global Roaming Plus and you’ll now only get it on their Unlimited plans with 4 Xtras.

If you've got it in your plan, you can take your phone to any of these 88 destinations and not pay extra to use your plan's regular minutes, texts and data (within a 25GB monthly limit).

Vodafone have also cut their inclusive EU roaming, meaning you’ll either have to pay a rate for every day you’re abroad in the EU, or take out their Unlimited data plans with 4 Xtras. Either way you’re paying more.

Take any of these deals on SIM only to get the full list of roaming destinations included:

So Vodafone have actually shifted the goal posts a bit to make Xtra plans more worthwhile. But if you're a regular traveller, you might find the extra basic plan cost is worth the savings on roaming. 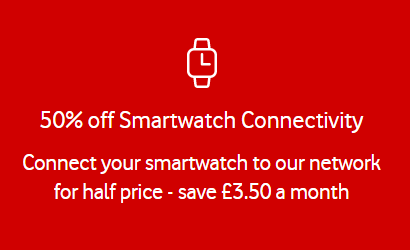 If you've got a smartwatch that's cellular (has a SIM/eSIM), then you can benefit from Vodafone's OneNumber Connectivity Plan to let it make/receive calls on the same number and use data, without your phone nearby.

Usually they’d charge you quite a lot for this service (£7 a month typically) but you’ll get a 50% discount if you join on their Unlimited Max Xtra SIM only or phone contract usage plan.

A discount is good but given the starting cost of an Unlimited Max Xtra plan is typically in the £40 range and you're paying extra vs non-Xtra plans, you'd have thought they could include it "free".

This probably won’t be anyone’s primary reason to get their Unlimited Max Xtras plan, because what’s the point of getting a discount when you’re paying more to get the discount. At best it’s a “nice to have”.

Are they worth the extra cost?

Think about how much you’ll actually use the benefits 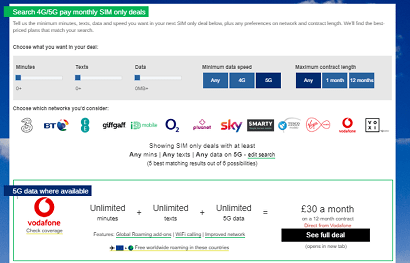 at simsherpa.com
(opens in new window)

We think their Xtras plan are mainly an attempt at an upsell. Increase the price with the promise of some brilliant extras to add some extra value.

We'd say a few of the benefits are window dressing to be honest. The number of people that will actually bother going in for a phone check-up or use the MMS messaging will be so low, you can almost write them off.

To be fair, their unlimited data boosts could come in handy. But we don’t know if it’s worth definitely paying more for an Xtras plan every month to avoid a potential one-off fee, especially when you can avoid both by choosing the right plan in the first place.

The main benefit we think is worth paying for is the extra roaming, if you're regularly in the countries covered. But Vodafone have stripped this from other plans to include in these (so more of an upsell).

In the end, we’d only really consider buying one of these plans if these benefits appeal to you. The main reason to join is to get roaming, but Virgin and VOXI use Vodafone’s network and still offer free inclusive EU roaming.